Romance with Bhabhi and Sister

Welcome to read Indian Sex Stories, where you will find some of the best Indian sex stories for entertainment as well as the sexiest sex fantasies. Our readers often share their most spicy experiences with us, this story you’re reading on nightqueenstories.com. 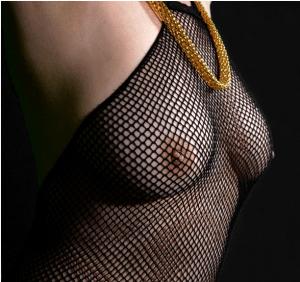 In addition, she had the sexiest ass I’ve ever seen. She has milk-white skin and lips that are incredibly rosy and luscious. If she would lend me her lips, I could kiss them all day. When we’re at the table, she has a nasty habit of taunting me with her boobs and catching my dick.

My dick is always rubbed by her. We’ve been in a sexual relationship for over three months. She adores the way I spoil her and look after her when she is alone. My sister, on the other hand, I could write an entire novel about how sexy and horny she is in bed. She is a 23-year-old woman. I’m only a year older than her. Her tits are also round and solid. She’s got a tight arse. And, sure, she’s a fantastic licker. She is a fantastic blower. So, without further ado, let me begin with the story. On a Sunday afternoon, it all happened.

My parents and brother were attending a family occasion, leaving me, my bhabhi, and my sister alone. It saw this as an opportunity to make love to Bhabhi. I changed into shorts and a t-shirt and began looking for my bhabhi everywhere. I discovered her in the kitchen, doing some dishwashing. I approached her from behind and caught her off guard. She loved it when I massaged my dick on her ass. I grabbed her boobs from behind and began pushing them and biting her neck. She responded, “hmm, yeah love, I love your dick so much, keep stroking it.”

With each movement, she became hornier. I then began pinching her nipples by inserting my hand inside her t-shirt and then into her bra. “Aaaaaaaaaa Continue to do so.” My sister appeared out of nowhere in the kitchen and caught us as we were completing our work. We were in serious trouble at this point. “Love, what the hell are you doing to bhabhi…?” she screamed. What if your brother finds out…? “What if our parents find out…?” But, because I have sex with my sister on a daily basis, I understood how to handle her. I told her that bhabhi was sad these days and needed someone to love her, thus I was assisting her in avoiding difficulties. She became enraged, but then she became quiet. “I won’t tell anyone unless you guys let me in,” she said. In other words, she wants a trio. My bhabhi and I exchanged a devious smirk as we captured her and drew her closer to us. I started kissing her on the lips. She has Priyanka’s lips. They’re very delicate and pink. We rolled our tongues and swapped saliva as the kiss progressed into a french kiss. After that, I went to bhabhi and performed the same thing to her. Then bhabhi and sister kissed one another, much to my delight. They were both so excellent at kissing, it was ridiculous. I was taken aback when I discovered lesbians in my own home. Then I made my sister and bhabhi sit on the kitchen platform.

I started by removing sis’s t-shirt and pressing her large tits while she kissed bhabhi. I also took off her bra and began sucking her massive melon tits. Because her boobs were so large, I had to catch them with both hands. With each move, I began biting her nipples, and she became hornier and braver. Then I took off Bhabhi’s t-shirt and pink bra and began kissing and sucking her boobs as I’d never done so before. Then I urged sis to lick bhabhi’s boobs, and she moved closer to her and began sucking them as if they were mangoes. Bhabhi did the same thing to sis. We then proceeded to Bro’s room. I made them both lie down on the bed. I started by removing Piya (shorts )’s and panty; she had freshly shaved her pussy, so I couldn’t see any hairs there. I began to lick her pussy. Her pussy was delectable. Then I took off bhabhi’s trousers and panty and began licking them as well. I licked my sister’s and bhabhi’s pussies one by one. Then I climbed on top of Piya, who placed my dick in her mouth and began blowing me up. She was a natural at blowing. Like a lollipop, she sucked my cock. Bhabhi then put my cock in her mouth and began sucking on it. 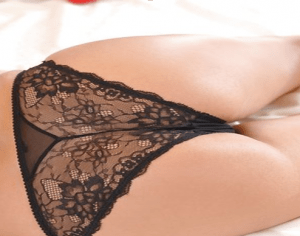 Hearing such a discourse astounded me. I had no idea bhabhi was so brave. Then they both moved closer to my dick and began licking it. They kissed one other and rolled their tongues while sucking. Then I went to bed and Piya climbed on top of me. I began licking her pussy once she placed it in my mouth. Meanwhile, bhabhi approached my dick, grabbed it in her pinky pussy, and began moving up and down. I couldn’t believe my good fortune. I was having sex with two of the most beautiful women I’d ever seen. “Love, tera lund kitna bada hai, zor se chod teri bhabhi ki, bahut maza aa raha hai,” Bhabhi kept yelling. “Teri behan ko bhi chut bhi chuss,” says the narrator. Pita became more assertive after hearing bhabhi, and she moved her pussy closer to my mouth, prompting me to suck her more vigorously. They then reversed places, and I began licking bhabhi’s pussy. This went on for a few minutes. Bhabhi then motioned for me to step back because she wanted to do something with pita. Bhabhi climbed to the top of Piya and began kissing each other. They were both kissing so passionately. They exchanged tongue rolls. Bhabhi then proceeded down to her boobs and began licking them. “Aaaaaaah, bhabhi,” Piya moaned. Jor se chuso mere boobs ko Aap kya sahib chaste ho. Mujhe toh maza aa gaya.” Later, bhabhi went down to her pussy and began frantically fingering piya’s pussy. She then rolled her tongue in Pita’s pussy and licked it. In the meantime, I put my dick in Pita’s mouth and she began sucking it.

Oh, yeah, I was in the ninth sky. We reversed positions later, and I put my dick in bhabhi’s mouth, while Piya began licking bhabhi’s pussy. Finally, I made them both lie down on the bed. I began by inserting my dick into bhabhi’s pussy and caressing her. I started softly and gradually increased my stroke and fucked bhabhi harder and harder with each breath. In the meantime, Piya continued kissing bhabhi and massaging her large boobs. “Ohhhhhhh love…..” groaned Bhabhi. Fuck me much more, obliterate my pussy. Fuck me even more. Piya, u bitch, push my tits harder.

Suck my nipples with more zeal.” With bhabhi’s words, Piya became more assertive and did as bhabhi instructed. Then I started kissing bhabhi passionately. Aahh Her saliva was delicious. 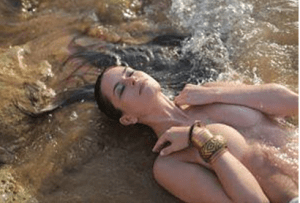 After that, I slid my dick into Piya’s pussy and began fucking her. As I penetrated her, his massive tits moved up and down. “Ohhhhh Bhai, fuck me slowly,” she moaned in pain. It’s excruciatingly painful.” Bhabhi was fingering her own pussy in amusement and kissing me on the lips as I was pushing her tits and loving her. Then Piya and I switched to channel 69, and I began licking her pussy while she began sucking my dick. For about 15 minutes, we did the same thing, and then I and Bhabhi did the same thing. Bhabhi and Piya then switched to the same posture, much to my amazement. It was incredible to watch my bhabhi and sister lick each other’s pussies. Then we all hugged and kissed each other passionately. That day, Bhabhi had a particular request: she said she had never attempted doggie style before and asked me to fuck her in that manner.

One thought on “Romance with Bhabhi and Sister”